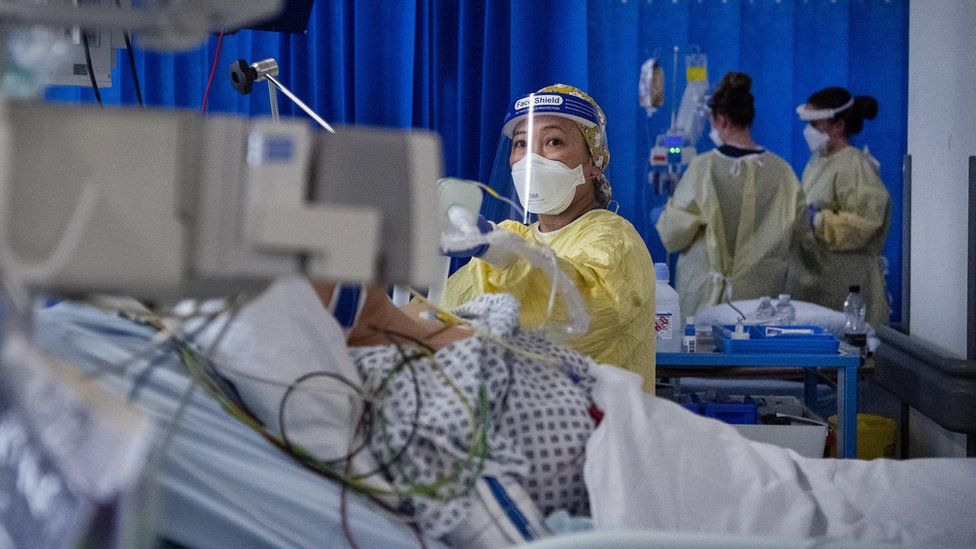 The COVID-19 pandemic has caused excess deaths to rise to their highest level in the UK since World War Two.

This represents an increase of 14% – making it the largest rise in excess deaths for more than 75 years.

When the age and size of the population are taken into account, 2020 saw the worst death rates since the 2000s.

This measure – known as age-standardized mortality – takes into account population growth and age.

The data is only available until November – so the impact of deaths in December has not yet been taken into account – but it shows the death rate at that stage was at its highest in England since 2008.

The data on deaths can be confusing.

On one hand, excess deaths are at their highest since World War Two, while on the other, death rates, once age and size of the population are taken into account, are at their worst level for a little over a decade ‘only’.

How should that be interpreted?

Excess deaths are basically a measure of how many more people are dying than would be expected based on the previous few years.

Clearly, 2020 saw a huge and unexpected rise in deaths because of the pandemic, just as World War Two led to a sudden jump.

But in determining how much those jumps affected the chances of dying, a measure is known as age-standardized morality, which takes into account the age and size of the population, is important.

It shows the pandemic has undone the progress made in the last decade or so. That is significant – especially given this has happened despite lockdowns and social-distancing measures to stop the spread of the virus.

But it also helps put the death toll over the past 12 months in a wider context.

King’s Fund chief executive Richard Murray said the picture was likely to worsen, given Covid deaths were rising following the surge in infections over recent weeks.

“The UK has one of the highest rates of excess deaths in the world, with more excess deaths per million people than most other European countries or the US,” he said.

‘It will take a public inquiry to determine exactly what went wrong, but mistakes have been made.

“In a pandemic, mistakes cost lives. Decisions to enter lockdown have consistently come late, with the government failing to learn from past mistakes or the experiences of other countries.

“The promised ‘protective ring’ around social care in the first wave was slow to materialize and often inadequate, a contributing factor to the excess deaths among care home residents last year.

‘Like many countries, the UK was poorly prepared for this type of pandemic.”

Matthew Reed, of the end-of-life care charity Marie Curie, said the focus on Covid should not hide the fact there has been a “silent crisis” of deaths at home.

He said people have died prematurely in 2020 from other causes – with a big jump in deaths at home.

“We are concerned many have not had the care they needed,” he added.