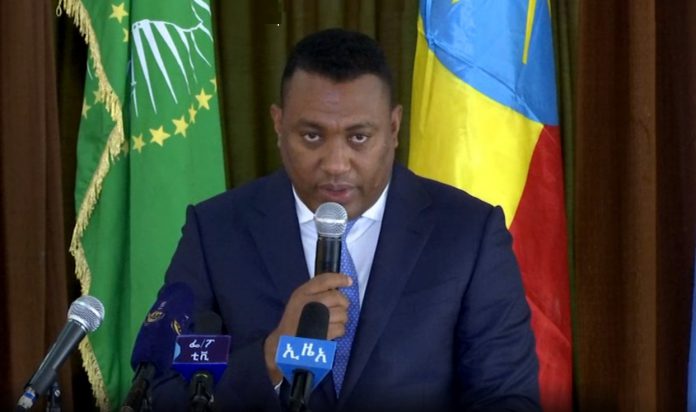 The Commissioner-General made the remark today at the opening of a Peacekeeping Pre-deployment Training organized to senior police officers of the East African Standby Force.

At the Opening of the training, the Commissioner-General said Africans should work together to strengthen their police institutions.

It is time for Africans to come together and deal with their issues on their own in order to realize the dream of Pan-Africanism, the Commissioner-General added.

“We are very pleased to host African Union Police Officers Courses in our Ethiopian Police University and hope you will acquire very important knowledge and skill during these courses that will enable you to perform in any peace support operations,” he stated.

The training would create an opportunity to share experiences that will have a great impact to advance the police services in Africa, ENA reports.

Director-General of the East African Standby Force, Brigadier General Getachew Shiferaw said on his part, the training will help police officers who are on a peacekeeping mission to carry out their mission efficiently.

It will also significantly contribute to the common peace, growth, and development of the region, he stated.

Some 47 senior police officers from Eastern Africa region have been participating in the 11 days long training organized at the Ethiopian Police University located in Sendafa town, Oromia Region.

Consisting of 10 member states, it is one of the five regional multidimensional Forces of the African Standby Force with military, police, and civilian components.