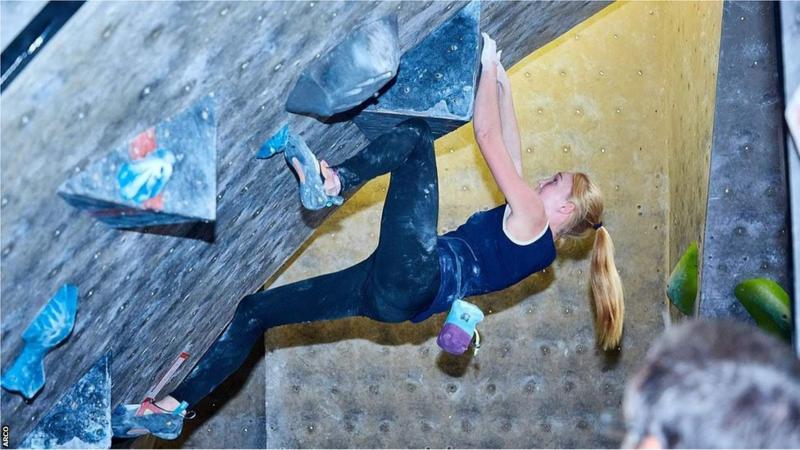 Addis Ababa, April 16, 2021 (Walta) – Africa’s two Olympic representatives in the sport of climbing, which makes its debut at the Tokyo Games later this year, are hoping they can inspire the continent’s next generation to take up the sport.

The duo is from South Africa with 20-year-old Christopher Cosser in the men’s event and 17-year-old Erin Sterkenburg in the women’s competition.

Both athletes are desperate to see the sport develop across Africa after a total of just 22 climbers from two nations (20 from South Africa and 2 from Uganda) took part in December’s qualifiers.

However as it stands only Algeria, Botswana, Cameroon, Mauritius, Rwanda, Senegal, South Africa, and Uganda are registered with the sport’s global body, the International Federation of Sport Climbing.

“I am hoping my participation will be able to grow the African climbing community as a whole,” rallied Cosser.

“It is not going to be a quick fix but hopefully within the next 10 years we will have more climbing gyms, more kids competing and hopefully it can be more accessible for them and no longer make the cost effects a factor.”

Sterkenburg is also hopeful The Games are a springboard for African climbing.

“A lot of people don’t know climbing as a sport but after these Olympics, a lot more people will be interested because they’ll see it on TV,” she added.

“Then the interest will spark in the sport because we always want new people -that’s what keeps us going.”

Like many athletes around the world, the duo is continuing to train despite the ongoing restrictions caused by a coronavirus.

During the lockdown last year in South Africa, Sterkenburg and Cosser had to make do with backyard contraptions to keep fit.

Now, with restrictions eased they are getting training into full gear and hope their dream of historic Olympic participation will be realized.

The two athletes were inspired in different ways to take up the sport at a young age – for Cosser it was film and for Sterkenburg, it was a school.

On his 12th birthday, one of Cosser’s gifts was the movie Progression, which follows the life of climbers and their determination to conquer their challenges.

The film may only have been 90 minutes long but it ignited a passion in him for the sport that has dominated the South African’s life ever since.

“I remember watching the professional climbers and just thinking, ‘I need to try this – this looks amazing’,” Cosser told BBC Sport Africa.

Fast forward almost a decade and that curiosity has paid off handsomely, with the 20-year-old on the brink of history.

With the delayed Olympics due to start on 23 July, he will be among the 40 climbers competing for the sport makes its debut at the Games.

“I was very emotional when the results came in and when I found out that I’d won the competition,” he said from Johannesburg.

“I am very excited to represent not only my country but also our sport. It’s a new sport and to be a part of that is a really big thing.”