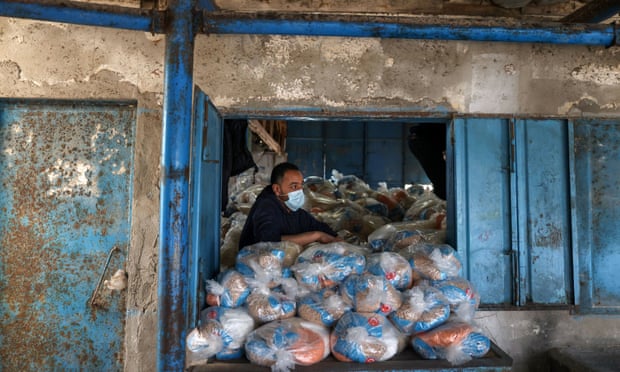 Addis Ababa, April 8, 2021 (Walta) – The US will restore more than $200m in aid to Palestinians, reversing massive funding cuts under the Trump administration that left humanitarian groups scrambling to keep people from plunging into poverty.

“[We] plan to restart US economic, development, and humanitarian assistance for the Palestinian people,” the secretary of state, Antony Blinken, said in a statement.

The aid includes $75m in economic and development funds for the occupied West Bank and Gaza, which will provide food and clean water to Palestinians and help small businesses. A further $150m will be provided to UNRWA, a UN body that supports more than 5 million Palestinian refugees across the region.

After Donald Trump rowed with the Palestinian leadership, President Joe Biden has sought to restart Washington’s flailing efforts to push for a two-state resolution for the Israel-Palestinian crisis, and restoring the aid is part of that. In his statement, Blinken said US foreign assistance “serves important US interests and values”.

“The United States is committed to advancing prosperity, security, and freedom for both Israelis and Palestinians in tangible ways in the immediate term, which is important in its own right, but also as a means to advance towards a negotiated two-state solution,” he said.

Palestinian leaders and the UN welcomed the resumption of aid. Israel, however, criticized the decision to restore funds to UNRWA, a body it has long claimed is a bloated, flawed group.

“We believe that this UN agency for so-called refugees should not exist in its current format,” said Israel’s ambassador to the UN, Gilad Erdan. Pro-Israel US lawmakers joined the country in opposition to the aid and said they would scrutinize it in Congress.

From 2018, Trump gradually cut virtually all US money to Palestinian aid projects after the Palestinian leadership accused him of being biased towards Israel and refused to talk. The US president accused Palestinians of lacking “appreciation or respect”.

The former president canceled more than $200m in economic aid, including $25m earmarked for underfunded East Jerusalem hospitals that have suffered during the Covid-19 crisis. Trump’s cuts to UNRWA, which also serves Palestinian refugees in war-stricken Syria and elsewhere in the Middle East, was described by the agency’s then head as “the biggest and most severe” funding crisis since the body was created in 1949. The US was previously UNRWA’s biggest donor.

To outcry from aid workers, leaked emails suggested the move may have partly been a political tactic to weaken the Palestinian leadership. Those emails alleged that Trump’s son-in-law and adviser Jared Kushner had argued that “ending the assistance outright could strengthen his negotiating hand” to push Palestinians to accept their blueprint for an Israeli-Palestinian deal.

The cuts were decried as catastrophic for Palestinians’ ability to provide basic healthcare, schooling, and sanitation, including prominent Israeli establishment figures.

Last April, as the coronavirus pandemic hit, Trump’s government announced it would send money to Palestinians. The $5m one-off donation was roughly 1% of the amount Washington provided a year before Trump began slashing aid.