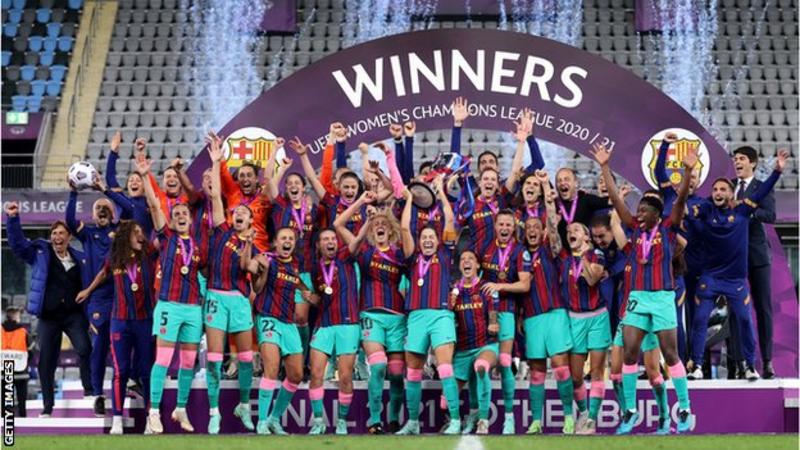 Addis Ababa, May 17, 2021 (Walta) – Chelsea conceded four goals in the first 36 minutes as Barcelona blew them away to win their first Women’s Champions League in Gothenburg.

Chelsea trailed 33 seconds in when an attempted clearance hit Melanie Leupolz and went in for an own goal, and Alexia Putellas’ penalty made it 2-0.

Aitana Bonmati finished an intricate move and Caroline Graham Hansen tapped in to put a rampant Barca out of sight.

Despite a spirited second-half display, there was no way back for the Blues.

Barcelona becomes the first club to win both the men’s and women’s Champions League, and this was the biggest ever winning margin in a women’s final.

Emma Hayes’ Chelsea side had hoped to add a European crown to their Women’s Super League and League Cup triumphs this season, as they looked to become only the second English side in history, after Arsenal in 2007, to complete the quadruple.

It was Chelsea’s first Champions League final – and the first time an English side had reached the showpiece since Arsenal lifted the trophy in 2007 – and it showed with a nervous start, and failure to turn the tide once things began to unravel.

In the first attack of the game, Lieke Martens struck the bar for the Spanish champions from outside the box and from a subsequent cross Fran Kirby’s attempted clearance rebounded off team-mate Leupolz and freakishly looped in over goalkeeper Ann-Katrin Berger.

Chelsea’s Pernille Harder missed a golden chance to level, shooting over when unmarked from Jess Carter’s deep cross, and they were punished as Leupolz caught Jennifer Hermoso with her trailing leg in the box and Putellas calmly sent Berger the wrong way from the spot.

Putellas then played a wonderful first-time pass for Bonmati to slot home a third inside 20 minutes before Martens beat Niamh Charles and showed composure to pick out Hansen for the well-worked fourth goal.

Chelsea was high on endeavor after the break but failed to create any notable chances, while Barca’s Asisat Oshoala had a last-gasp goal ruled out for offside.