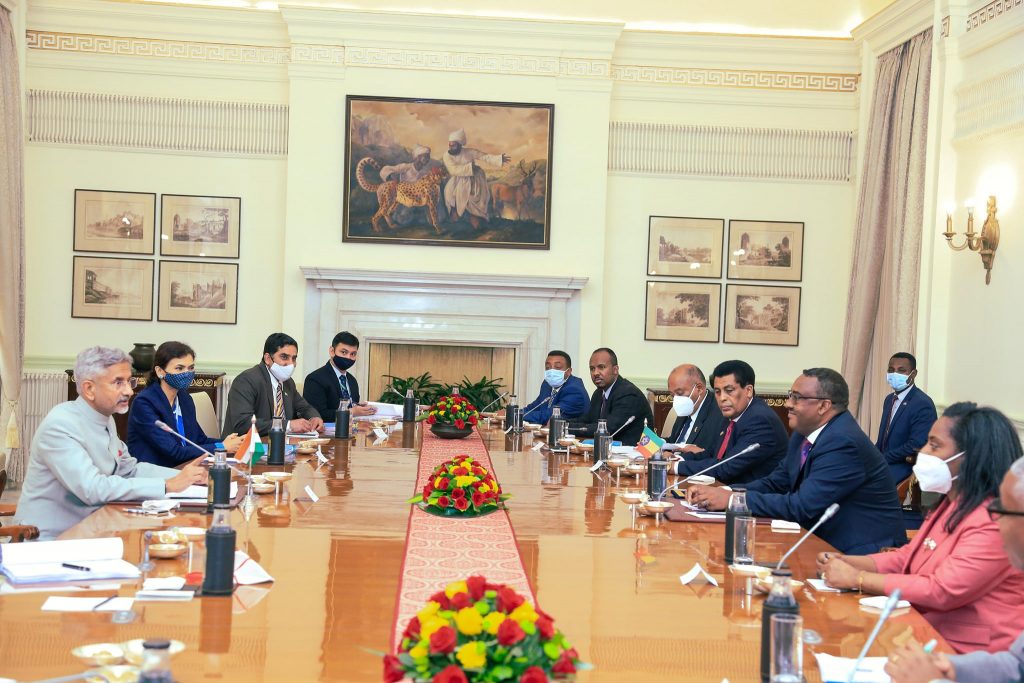 On the occasion, Demeke commended the longstanding and multifaceted relationship that exists between the two countries.

In a briefing on current situations in Ethiopia, the Deputy Prime Minister underlined that the federal government of Ethiopia is committed to protecting the rights of its citizens and refugees in the country.

In this regard, despite the media hype over the non-existence of access to humanitarian support in Tigray, more than 75 international humanitarian agencies are on the ground delivering food and non-food items to more than 2 million affected people covering 80% of the region.

Dubbing Ethiopia as one of the biggest hosts of refugees in the world with more than one million people from 27 different countries, Demeke stressed Ethiopia’s devotion to protecting all who reside within the country’s boundary.

In their discussion, the two sides also noted that reaching an amicable solution through dialogue to solve the current Ethiopia-Sudan border dispute would be beneficial to the people of both countries.

Discussing the relationship on the economic front, the two officials appreciated the increasing trade volume between the two countries and the role of Indian companies that provided employment opportunities to many people in Ethiopia.

Aside from relations marked by notable economic activities, technology, and knowledge transfer, the senior officials acknowledged the vibrant cultural exchange between the people of the two countries.

The Deputy Prime Minister also expressed his county’s keenness to further cement relations with India by scaling up the relationship to a Strategic Partnership level.

The discussion between the two also touched upon the preparations being made for the forthcoming India-Africa summit.

On the occasion, the two officials presided over the signing of agreements between India and Ethiopia to grant visa exemption for holders of diplomatic passports and a Memorandum of understanding between the Council of Scientific and Industrial Research of India and a higher institution in Ethiopia.