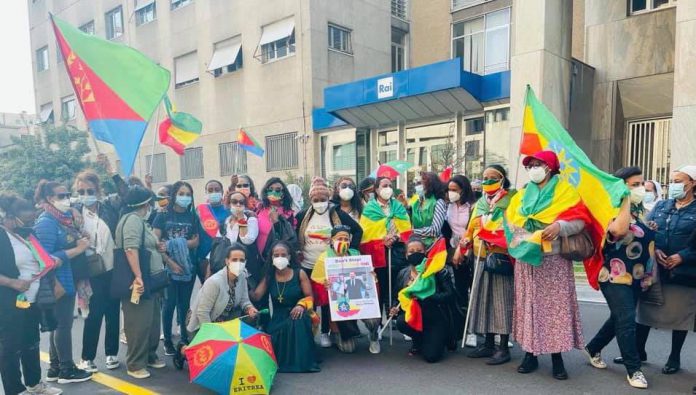 They instead stressed the need for concrete support to alleviate the problems of the people in need of aid in the region, according to MoFA.

Regarding the negotiations over GERD, the demonstrators appreciated the government’s stance to secure a mutually beneficial outcome and urged Sudan and Egypt to follow suit.

They also called on the international community to put pressure on Sudan to respect Ethiopia’s sovereignty and evacuate its invading forces from Ethiopia’s territories.

The demonstrators have also expressed their support to the government’s efforts to make the upcoming elections free, fair, and democratic, adding that power should only emanate from the ballot, and tendencies to do otherwise should be strongly discouraged.

Eritreans have also participated in the rally supporting Ethiopia’s efforts in neutralizing the destructive propaganda campaigns of remnants of TPLF hardliners and its sympathizers.