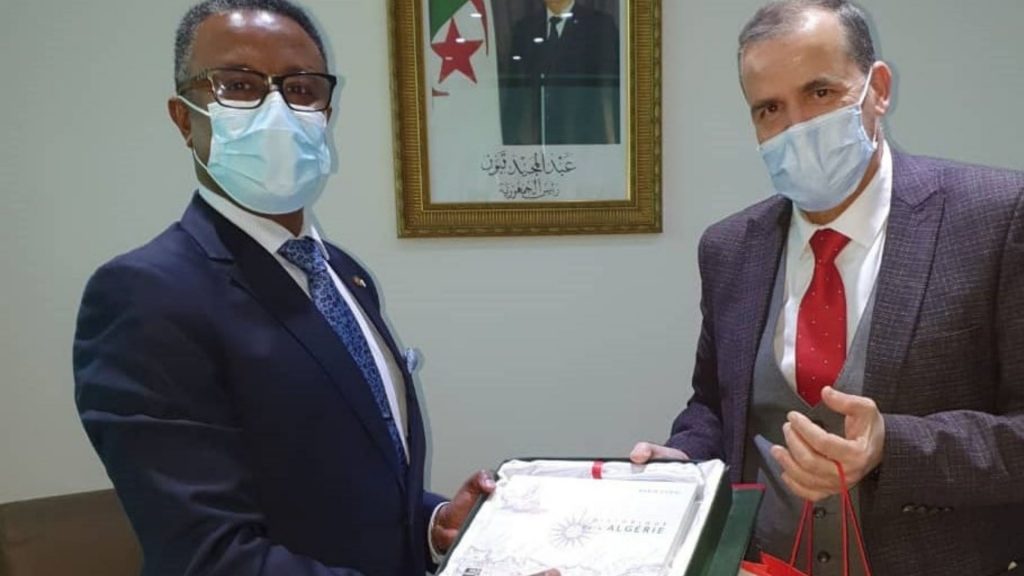 In a discussion held between Ethiopia’s Ambassador to Algeria Nebiat Getachew Assegid and Kamel Rezig, Minister of Trade of the People’s Democratic Republic of Algeria, both sides stressed the need to further enhance trade relations between the two countries.

Ambassador Nebiat noted that there is a conducive opportunity for both Ethiopian and Algerian business community to exchange goods and services for the mutual benefit of the peoples of both countries.

The various trade agreements concluded previously could be revitalized for a renewed active engagement in the trade sector, he said.

Kamel Rezig, Minister of Trade of the People’s Democratic Republic of Algeria, on his part, mentioned that the soon to be launched African Continental Free Trade Area (AfCFTA) – offers a great opportunity for both countries to enhance their trade relations.

The Minister further pointed out the importance of establishing and activating the Ethiopia-Algeria Business Council with a view to increasing trade relations between the two countries.

Ambassador Nebiat invited the Algerian business community to participate in the upcoming” Ethiopia Algeria Business Webinar“ organized by the Ethiopian Embassy in Algeria on January 18, 2021.

The Minister agreed to encourage Algerian businesses to actively participate and expressed his commitment to the realization of strong trade relations that benefits both countries.