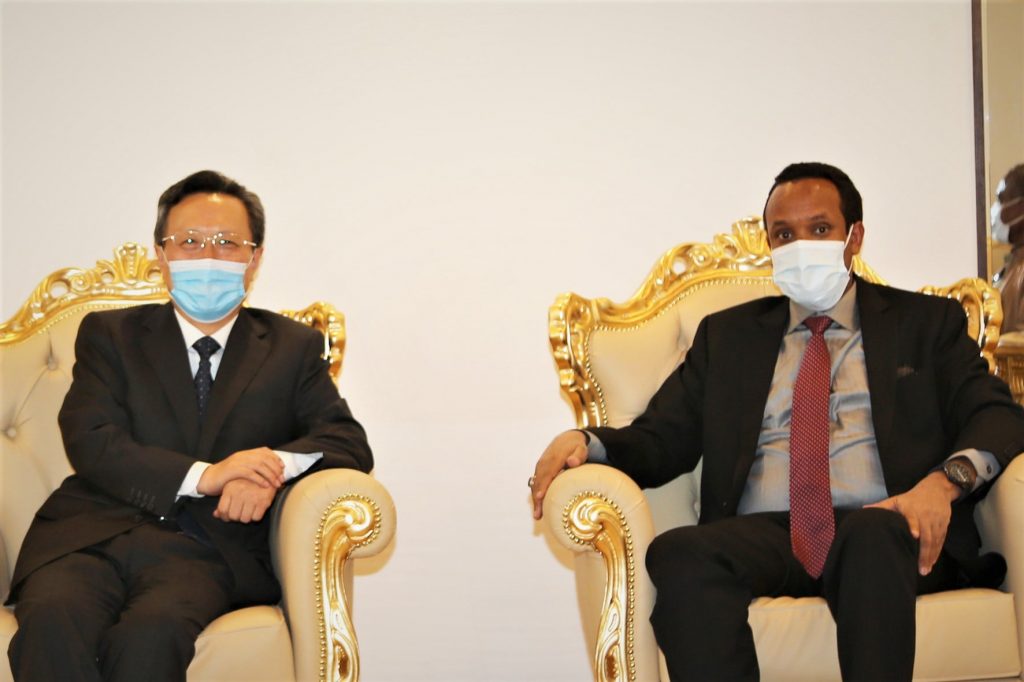 A high-level consultative meeting was held between the Ministry of Finance and The Embassy of the People’s Republic of China aiming at strengthening economic cooperation between the two countries.

Appreciating the support of China, Ethiopian Finance Minister Ahmed Shide said that the Chinese government has been working in cooperation with the Ministry of Finance in various fields of economic development making significant contributions to Ethiopia’s economic reform program, infrastructure, and human resource development as well as the country’s industrialization agenda.

He noted that the economic cooperation between Ethiopia and China is getting stronger and stronger from time to time.

The Minister said Ethiopia draws lessons from China’s economic development model as it focuses on realizing its home-grown economic reform program and build a strong economy.

The Chinese Ambassador to Ethiopia Zhao Zhiyuan said China is committed to helping Ethiopia boost its Ethiopia’s economic prospects. He elaborated on the importance of accelerating the implementation of ongoing and new economic and capacity-building projects to enabling the country to achieve economic prosperity.

According to minister of finance, Ethiopia, The meeting was also attended by Yang Yihang, the new Minister Counselor of the Economic and Commercial Counselor office of the Chinese Embassy in Ethiopia.