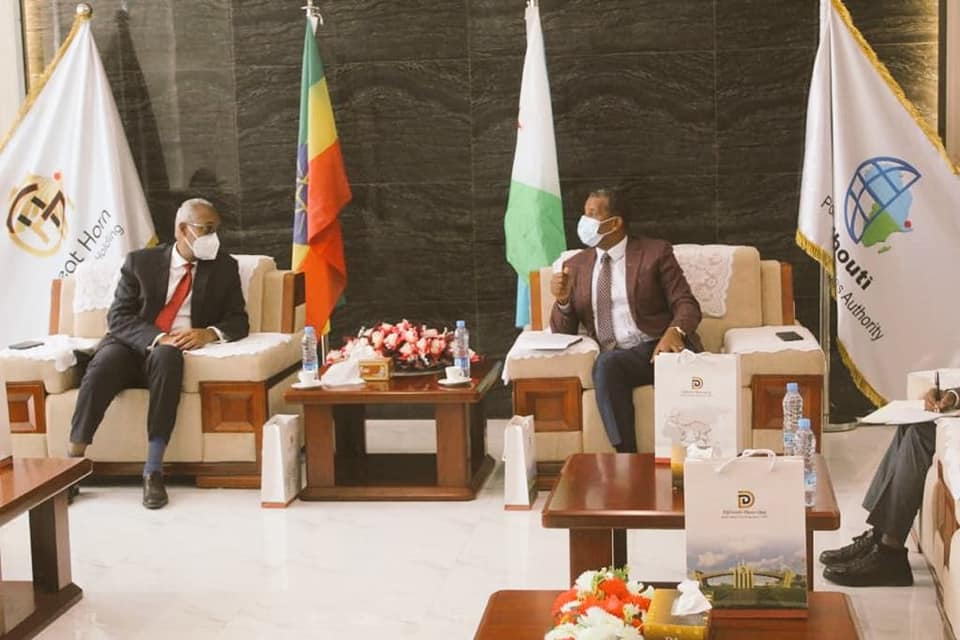 The discussion focused on roads and railway connectivity as well port operations at the Demerjog Industrial Development Free Zone Enterprise.

Commending the works so far to undertake the construction of the 80km of road between Dikil and Dagoru that has been signed between Government Construction Works Corporations and Djibouti Port Corridor Road, the two sides have called for a closer follow-up to complete the much-awaited project within a reasonable time frame.

During the discussions, they have also noted the need to expedite the ongoing efforts to transport strategic products such as oil from both sides to guarantee the efficient and effective transit of oil cargo between the two countries.

In light of ensuring the efficient and effective operation of logistics across the corridor, it was agreed that it is vital to jointly work on the mechanisms of the timely transportation of cargos from the ports of Djibouti to Ethiopia.

The delegation from Ethiopia’s embassy has also paid a visit to the construction sites of the Djibouti Demerjog Industrial Development Park Project.

It is to be recalled that consultations were made between the two sides a couple of months ago at the Djibouti Ports and Free Zone Head Quarters, according to the Ministry of Foreign Affairs.