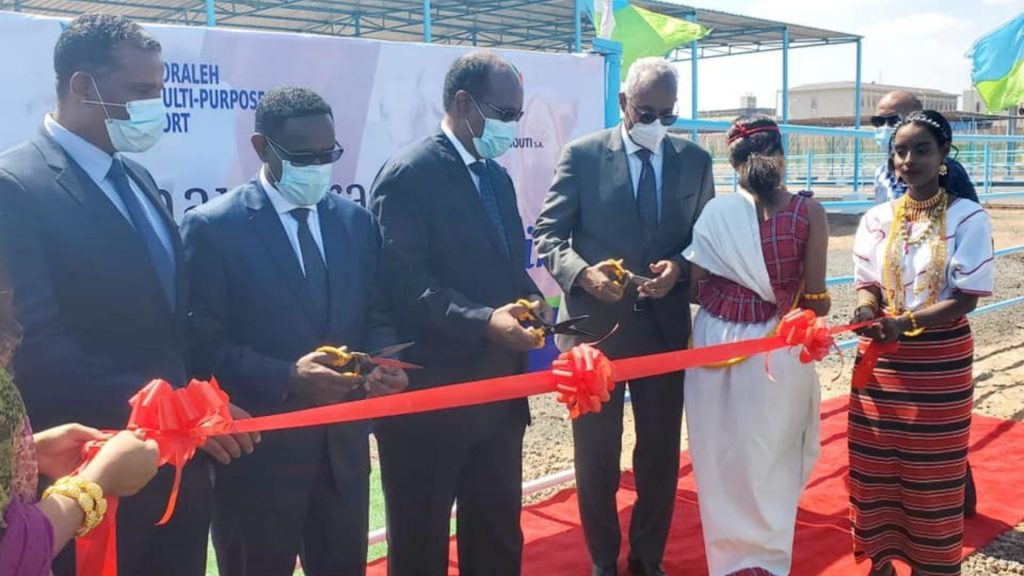 According to the Ministry of Foreign Affairs of Ethiopia, at the inaugural ceremony, Minister of Agriculture, Oumer Hussein underscored the Dorale Multi-Purpose Port livestock terminal will have a crucial role in facilitating a better environment for Ethiopia’s livestock export.

The Minister noted that though Ethiopia has one of the largest livestock populations in Africa with diverse and adaptable genotypes, due to lack of livestock market structure, illegal live animal trade, poor handling of animals’ transportation from source to destinations, and some other reasons the sector has remained stagnant.

Oumer added, the government is now aware of the livestock industry’s potential to reduce poverty, promote food security, increase high-value exports, bring in valuable foreign exchange and it is now putting in place the necessary policies and mechanisms to hone the capacity of the sector.

He further noted the resting area would lessen the challenges the country is facing in ensuring safe and timely delivery as well as direct export without the need to pass another certification in Djibouti.

The Minister, on behalf of his government, expressed his gratitude to the Government of Djibouti, particularly the authorities of DMP for demonstrating their commitments and translating it into action in such a way that the Ethio-Djibouti relations could meaningfully take an upward trajectory.

As Ethiopia plans to import huge tones of fertilizer, discussions were also held on the need to scale up endeavors and work in a concerted manner to ensure the timely transport of bulk cargo.

It was noted that the quick adjustments made to correct shortcoming from the previous years in increasing the bagging capacity and enhancing types of equipment; refurbishing machines and calibrations, etc from the Djiboutian side is commendable.

The two sides appreciated the progress being made so far and called for the need to further boost efforts at a Joint committee level that has been meeting daily.

Ethiopia is set to import 1.8 million metric tons of fertilizers in this fiscal year.