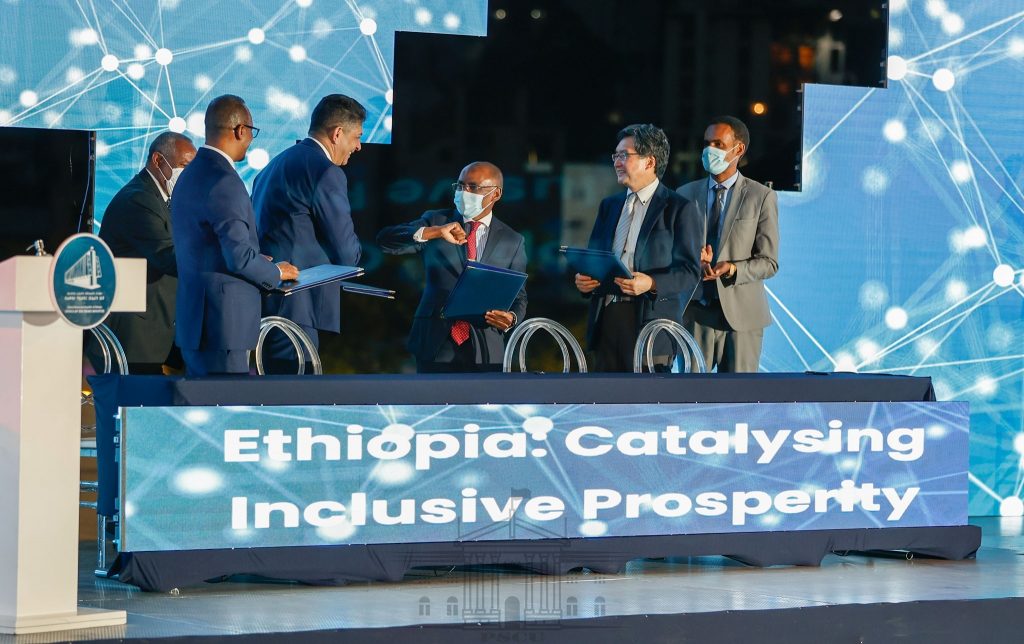 Addis Ababa, June 09, 2021 (Walta) – Global Alliance for Ethiopia, which won the bid to start the telecom sector in Ethiopia, has inked an agreement to start operations in Ethiopia.

The agreement, attended by leaders and ministers of the two countries, is said to be part of the digital transition.

Speaking on the occasion, Prime Minister Dr. Abiy Ahmed said that the competition in the telecom sector will inspire all sectors.

He said the expansion of internet access will play an important role in modernizing agriculture, education, innovation, and other sectors.

Kenyan President Uhuru Kenyatta for his part said Kenya’s entry into the Ethiopian telecom industry will play an important role in the development of the two countries.

The Global Alliance for Ethiopia is a joint venture of six companies and Kenya Safari Com has a 56 percent stake.