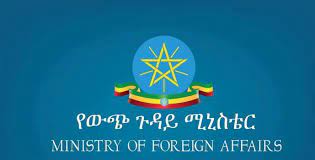 Addis Ababa, May 04, 2021 (Walta) –Ethiopia issues statement on the European Union’s(EU) decision to cancel the deployment of its observation mission for the upcoming 6th Ethiopia National elections.

According to the Ministry of Foreign Affairs Ethiopia here is the full statement;

The Government of the Federal Democratic Republic of Ethiopia has learnt with the disappointment of the decision of the High Representative of the European Union for Foreign Affairs and Security Policy to cancel the deployment of its observation mission for the upcoming general elections.

All possible efforts were made by the Government to conclude the Administrative Arrangement for the deployment of the mission, but these were to no avail. When the EU requested to observe the 6thnational elections earlier this year, the Government of Ethiopia immediately accepted and started negotiating in good faith on the draft agreement for the deployment of the observation mission. All concerned government institutions and the National Electoral Board of Ethiopia (NEBE) were engaged in the process, and while work was underway to finalize the Agreement, the Government also welcomed and facilitated the visit of the Exploratory Mission of the EU to Ethiopia two month ago.

The Exploratory Mission had a productive stay and held discussions with various stakeholders. This was the impression the Government obtained from the Mission upon the completion of its work and whose recommendations later on led to the decision by the EU to deploy the observer mission.

While the Government was working tirelessly and expeditiously hoping to reach an agreement on the modality of the deployment, it is very unfortunate to have learnt that the issue of communications equipment was put forth as a deal-breaker for the EU to observe one of the most hoped-for democratic elections in the country’s history.

The Government of Ethiopia, from the beginning, has made it abundantly clear that VSAT services can only be provided by the Ethio-telecom while accepting additional requests by the EU to import related equipment. As an important strategic partner and staunch supporter of the reform process, this demand by the EU has come as a surprise to the Government of Ethiopia, as none of these elements was a bone of contention in past elections. At a time when the telecommunication infrastructure in Ethiopia has made huge strides employing the latest available technologies, questioning the effectiveness and efficiency of its services is not a convincing reason to take the hasty decision of cancelling the mission’s deployment.

In the same vein, the EU has also rejected the proposal by the Ethiopian side to include in the Agreement that statements or public comments by the observer mission prior to the issuance of its preliminary findings and conclusions not be prejudicial to the election process or influence the perception of the public, on the result of the election to be announced only by NEBE. This concern stems from the fact that in the past, such pronouncements by other EU observer missions had serious repercussions on the country as a whole.

The Government is committed to making the upcoming elections free, fair, and democratic and is determined to continue working with all stakeholders to make it so. While external observers could add some value to strengthen the quality of electoral processes, they are neither essential nor necessary to certify the credibility of an election. The validity and legitimacy of Ethiopia’s election are determined solely by Ethiopian laws, Ethiopian institutions, and ultimately, by the people of Ethiopia.