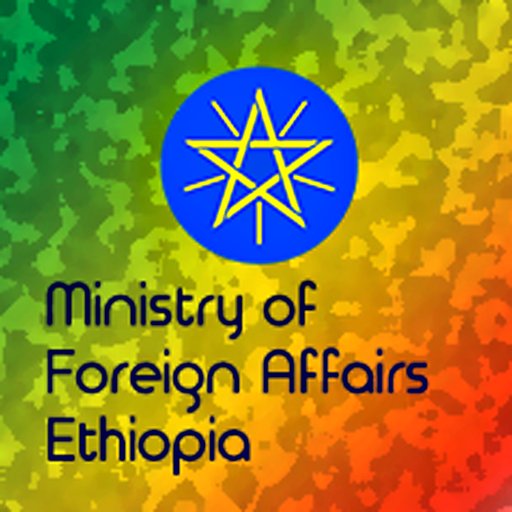 Addis Ababa, May 04, 2021 (Walta) – Ethiopia issues statement On the statement issued on the GERD and the Ethiopia-Sudan Border Dispute by the Ministry of Foreign Affairs of the Republic of Sudan.

Ethiopia has for long refrained from reacting to the numerous fabricated stories appearing in the press statements of Sudanese institutions and remarks by government officials taking into account the historic and fraternal relations between the brotherly peoples of Ethiopia and Sudan.

However, the Ministry of Foreign Affairs of Ethiopia with a view of putting the record straight would like to make the following points very clear to the brotherly people of Sudan and the international community at large.

The Ministry of Foreign Affairs of Sudan in its press statement issued on 1st May 2021, has once again attempted to mislead the people of Sudan and the international community on issues related to the Ethiopia-Sudan boundary and the trilateral negotiations on the Grand Ethiopian Renaissance Dam (GERD).

Ethiopia, as an old independent and sovereign country, has time tested reputation in respecting international treaties and obligations it has signed.

The unfounded statement of the Sudanese Foreign Ministry only aims at covering up the continuing aggression committed by Sudan since 6 November 2020, in violation of international principles, bilateral agreements, and established joint boundary mechanisms.

The unprecedented hostile military actions by Sudan, the current Chair of our regional organization, the Intergovernmental Authority on Development (IGAD), has resulted in the looting and burning of properties, killing of civilians as well as, the displacement of thousands of Ethiopians.

Ethiopia strongly believes that all the recent actions and vitriolic propaganda campaigns of the Government of Sudan against Ethiopia do not reflect the wishes and aspirations of the peace-loving people of Sudan. Ethiopia has been consistently calling the Government of Sudan to reverse its aggression and resolve the boundary issue in accordance with bilateral agreements and joint boundary mechanisms to finalize the re-demarcation process.

The reference in the Sudanese statement to the BenishangulGumuz Region of Ethiopia is indeed utterly ridiculous. It is common knowledge that Ethiopia’s historic territories in the west would have been extended beyond what is now Ethiopia`s boundary if it was not for the existing boundary agreements.

The attempt by the Government of Sudan to mix the boundary treaties with the unjust, exclusive, and colonial-based bilateral “agreements” on the utilization of the waters of the Nile is regrettable. As far as Ethiopia is concerned, it has repeatedly expressed its position regarding those colonial-based agreements, whose sole aim was and still is to deny the rights of upper riparian states, including Ethiopia, to use the waters of the Nile. Ethiopia, therefore categorically rejects any and all attempts to preserve a self-appropriated water quota among the downstream countries.

The insistence of downstream countries to monopolize the waters of the Nile and politicization of technical issues are the main challenges that the trilateral negotiations have faced.

Ethiopia calls for the peaceful resolution of the boundary issues with Sudan based on the existing joint boundary mechanisms and finalizing the trilateral negotiations on the GERD in accordance with the Declaration of Principles (DoP) of 2015. In fact, it is not clear, to whose interest that the current authorities in Sudan have suddenly changed their position, although they had repeatedly pointed out that the GERD has enormous benefits to Sudan.

Ethiopia highly values the historical and brotherly relations that exist between the two countries and thus still committed to addressing all related issues through dialogue and negotiations. It once again calls upon the Government of Sudan to desist from an unhelpful campaign and commit itself to dialogue and peaceful resolution. In this connection, Ethiopia looks forward to the engagement of the international community in encouraging Sudan towards a peaceful resolution of the dispute.