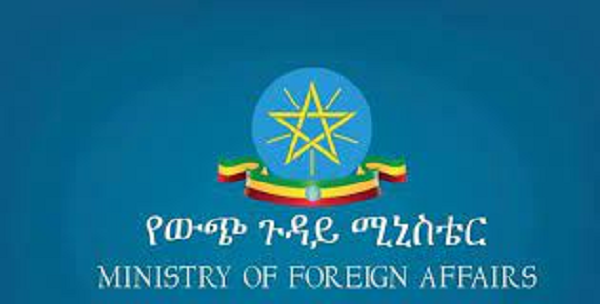 In a press release issued, the Ministry of Foreign Affairs said the statement failed to capture the important steps taken by the Government of Ethiopia to fully address the pressing needs in Tigray.

The statement added that the Government of Ethiopia has continued intensifying its efforts to address the situation in the Tigray region and has made enormous progress since the law enforcement measures have come to a successful conclusion.

Although these positive developments have been recognized and are visible for all to see, the statement issued by the G7’s Foreign Ministers on April 2, 2021, has failed to capture some of the important steps taken to ensure that the pressing needs of the region are in the process of being fully addressed in all fronts.

Unfettered access to humanitarian aid, including international media, has now been fully granted and joint investigation on human rights violations by international human rights experts has also been allowed and will commence soon.

Despite these measures, resources that should have been garnered from the international community to meet the humanitarian and development challenges remain far too low, the statement noted.

According to the statement mobilizing adequate resources, therefore, should be the utmost prior task if the challenges of the region are to be fully and timely addressed.

According to ENA, the Eritrean troops who had crossed the border when provoked by the TPLF have now started to evacuate and the Ethiopian National Defense Force has taken over guarding the national border.

The Interim Administration in collaboration with the Federal Government has also been working tirelessly to be able to bring the governance structure of the region back to full operation with the system has now put in place to the lowest administrative unit.

It’s been made abundantly clear to the international community that the government of Ethiopia has been trying its level best to reach out to more than 4.2 million people while the supply coming from the international partners is way below one-third of what is needed.

Therefore, whilst the federal government of Ethiopia honesty appreciates the concerns being expressed, it has already been too apparent that the supply of food and medicinal aid must be the crux of expressions of concerns