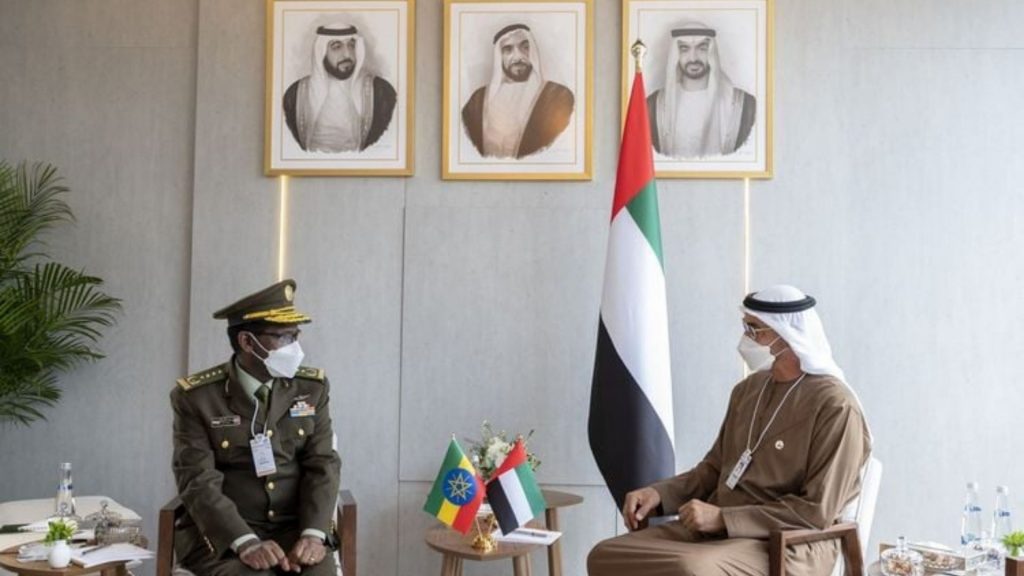 General Berhanu on the occasion said relation and cooperation between Ethiopia and UAE have been increasing in all areas, including in the defense and military sector.

After receiving the message, Sheikh Mohamed bin Zayed Al Nahyan for his part said UAE is committed to strengthening bilateral ties with Ethiopia as it benefits people of both nations.

The Crown Prince said he would make efforts to further cement the economic, education, technology, security, and military cooperation between Ethiopia and UAE.

According to the Ethiopian Embassy in the United Arab Emirates, General Berhanu is expected to meet and hold a discussion with the UAE Minister of Defense and the Commander-in-Chief of the Armed Forces in the coming days.