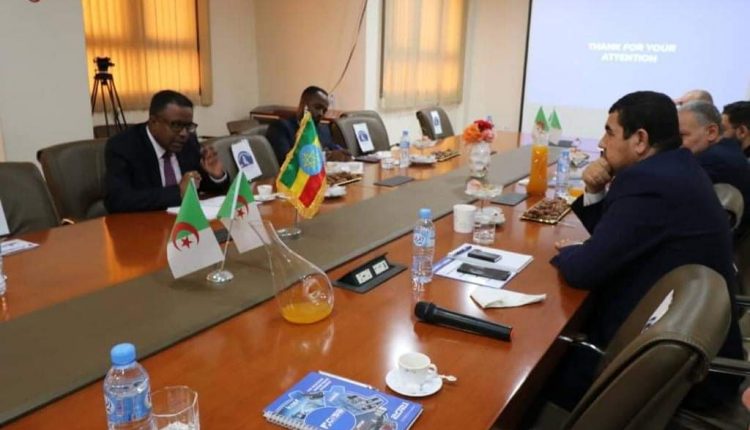 Addis Ababa, February 24, 2021 (Walta) – Ethiopian embassy in Algiers has conducted trade, investment, and tourism promotion engagements in the commercial cities of Oran and Mustagan, in Algeria.

Ambassador Extraordinary and Plenipotentiary of  Ethiopia to Algeria,  Nebiat Getachew held fruitful discussions with presidents of the Chamber of Commerce and Industry and other officials of the cities on ways to boost trade and investment ties between Ethiopia and Algeria.

He briefed them on the conducive trade and investment opportunities available in Ethiopia.

The ambassador on the occasion made a field visit to different companies and met with the owners and executives of GISB, a leading electricity cable manufacturing in Algeria, and gave a briefing on Ethiopia’s investment opportunities in the sector.

He also discussed with the executives of METIDGI GROUP, the country’s largest agro-industrial group, and explained the huge potential of Ethiopia in the Agro-business sector.

Both companies have agreed to a pre-Investment visit to Ethiopia, according to the Ministry of Foreign Affairs.

The FDRE Embassy in Algeria announced that it is working to strengthen trade and investment between Ethiopia and Algeria.