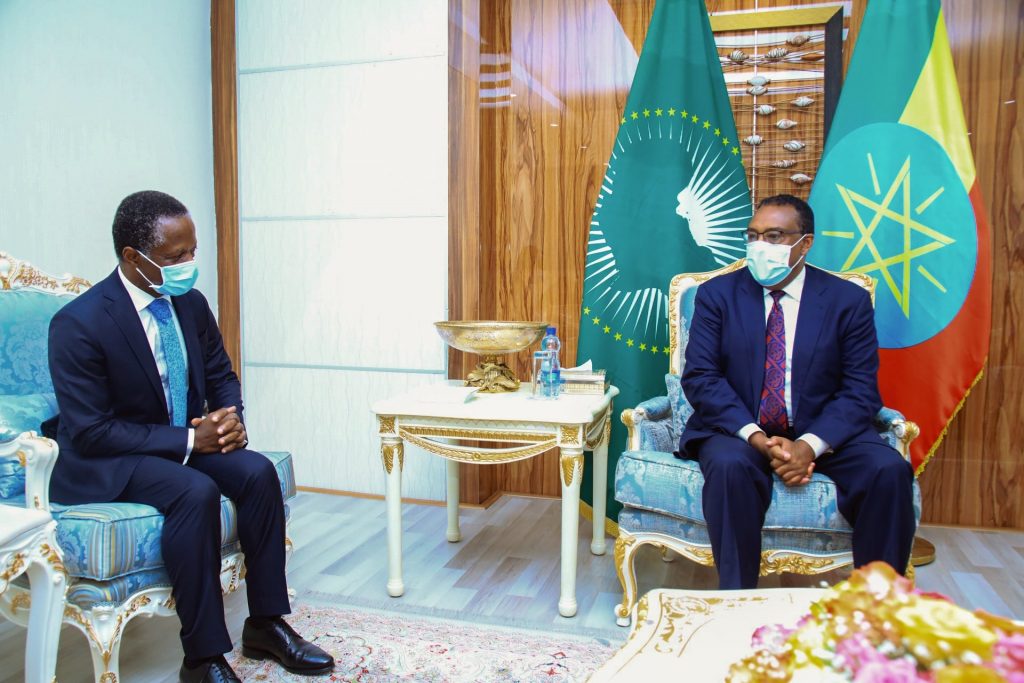 Deputy Prime Minister and Minister of Foreign Affairs of Ethiopia, Demeke Mekonnen, received at his office Parfait Onanga, special envoy of the United Nations for the Horn of Africa.

Talking with the special envoy, Mr. Demeke Mekonnen explained that the operation that the federal government is undertaking in the Tigray region aimed at restoring constitutionality and rule of law.

The government is taking all the necessary caution for the protection of civilians and the avoidance of collateral damage during the operation, Mr. Demeke added.

Since most of the areas are under government control, the government is ready to facilitate the works of humanitarian actors in the region, he said.

He said the government is providing humanitarian assistance to people who need urgent support based on the needs assessment studies conducted by government agencies.

He also explained the government’s readiness to support all Ethiopians that have fled to return back to their communities.

As the Ministry of Foreign Affairs of Ethiopia stated, the special envoy thanked Mr. Demeke for the briefing and underlined the need to continue to ensure the protection of civilians, human rights, and access to humanitarian assistance to the affected areas.