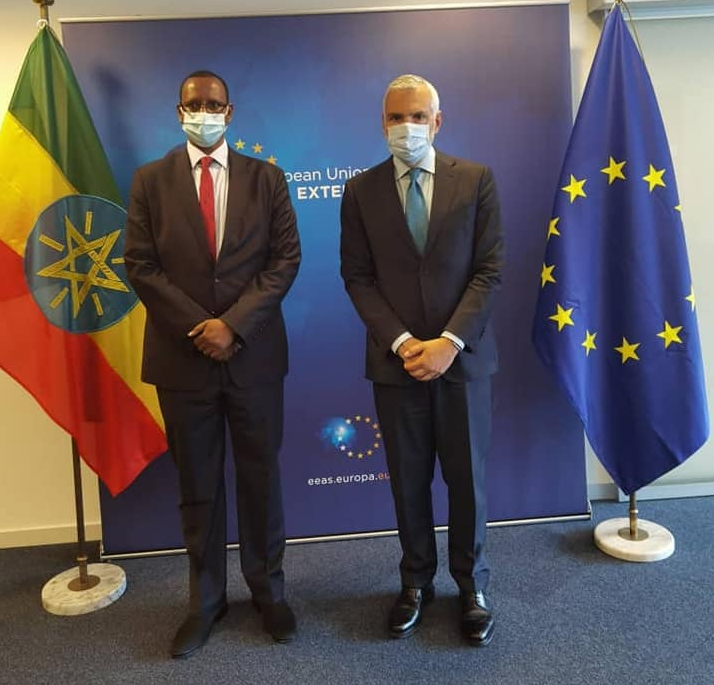 The discussions with the EU officials focused on explaining efforts being made to undertake peaceful, free, and fair national elections on the 21st of June 2021, Ethiopia’s position on the ongoing GERD negotiations, the situation in Tigray, the efforts that are being made to address the humanitarian situation, and steps taken to redress Human Rights violation and other related issues.

EU officials have expressed their concerns and emphasized the need to further expedite access to humanitarian assistance in Tigray.

They have also commended the initial steps taken in the investigative process of human rights violations, and have noted the importance of the commencement of the joint investigations by the Ethiopian Human Rights Commission (EHRC) and the Office of the United Nations High Commissioner for Human Rights (OHCHR).

The discussions with the EU institutions have helped to communicate the all-rounded efforts underway through the transition process, including the upcoming national elections, the situation in Tigray, and the ongoing GERD negotiations, according to the Ministry of Foreign Affairs.