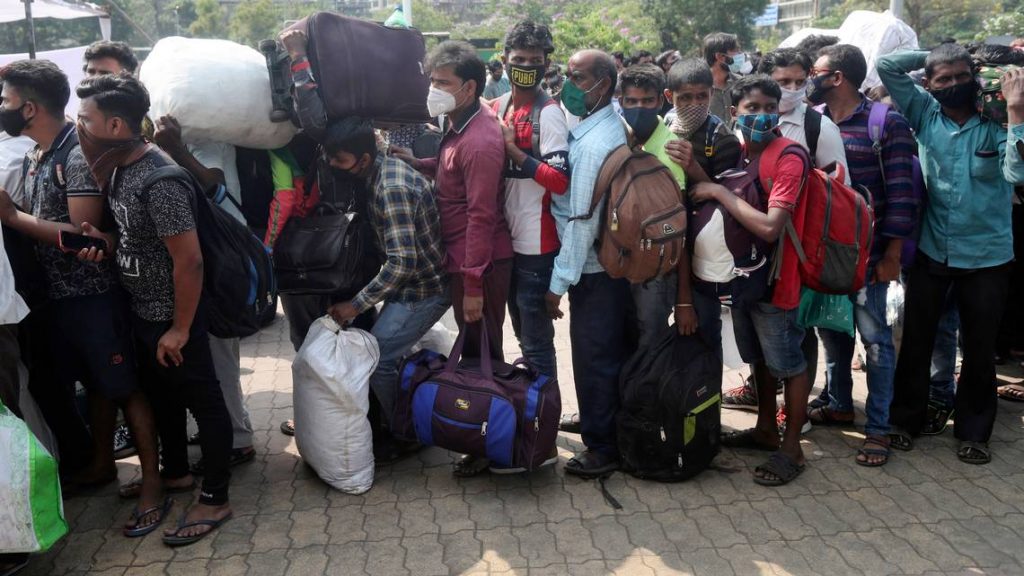 Addis Ababa, April 12, 2021(Walta) – India on Monday overtook Brazil as the country with the second-highest number of coronavirus infections, as it reported a new daily record of more than 168,000 cases.

The vast nation of 1.3 billion people has been reporting a rapid increase in new infections in recent weeks, with the surge taking the total toll to 13.5 million cases, above Brazil’s 13.48 million.

Experts have warned that huge, mostly maskless, and tightly packed crowds at political rallies in poll-bound states, mass religious festivals, and other public places were fuelling the new wave of infections.

According to data compiled by AFP, the country has recorded more than 873,000 cases in the last seven days an increase of 70 percent compared to the previous week.

India’s wealthiest state Maharashtra, which has been the main driver of the infection spike, last week imposed a weekend lockdown and night curfew.

But Maharashtra has warned that a complete lockdown — a drastic measure that national and state governments have tried to avoid to protect the already devastated economy — could be imposed within the next few days as cases continue to rise.

The chief minister of India’s capital New Delhi, where a night curfew is in place, said Sunday that 65 percent of new Covid-19 patients were less than 45 years old.

His government was not in favor of a lockdown but said it would consider imposing one if hospital beds start running out.