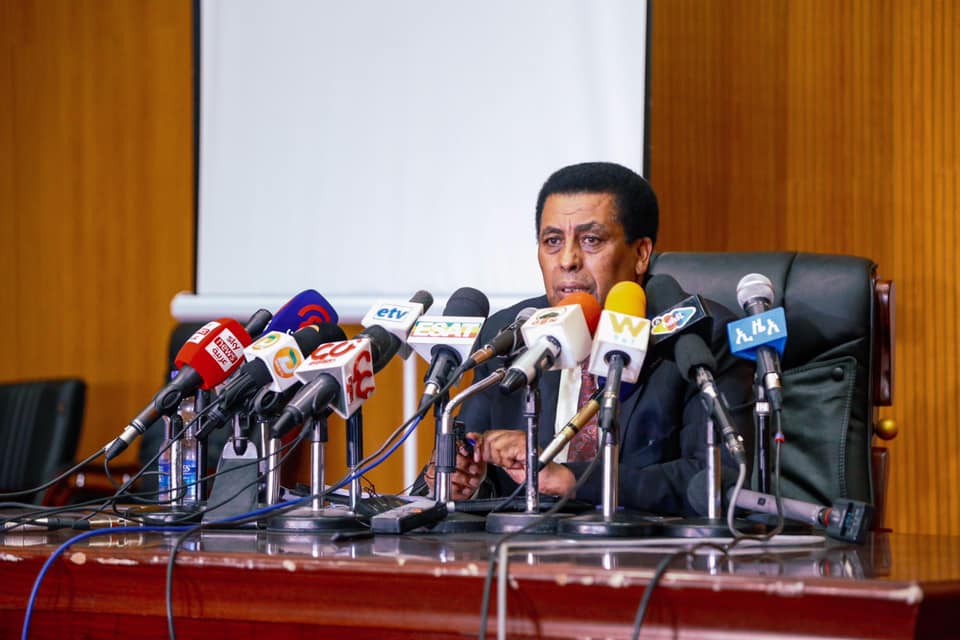 The spokesperson of The Ministry of Foreign Affairs of Ethiopia, Ambassador Dina Mufti, gave the Ministry’s fortnight press briefing to the media. In his presentation, the Ambassador focused on the diplomatic activities of Demeke Mekonnen, Deputy Prime Minister and Foreign Minister of Ethiopia, current developments on the Ethiopia-Sudan border issue, the GERD negotiation and the recent irregularities on Sudan’s stance, the claims of some reports on the involvement of third parties Eritrea in the law enforcement operation in Tigray, economic and citizen-centered diplomatic activities within the past two weeks. According to the Ministry of Foreign Affairs of Ethiopia, here is the summary of the briefing.

III. The GERD negotiation and irregularities of Sudan’s stances

IIII. Claims on the involvement of Eritrean Soldiers in the military operation