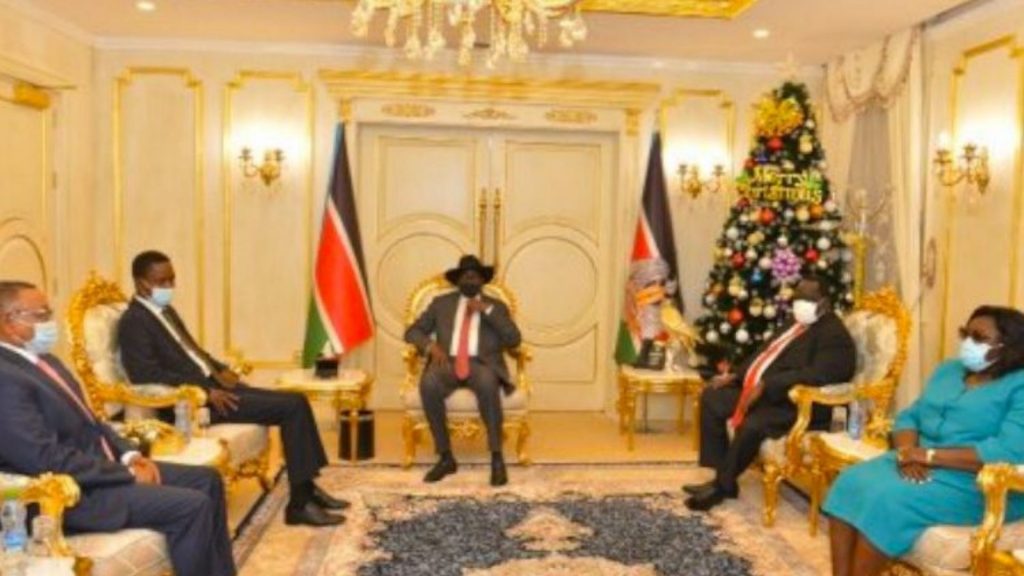 South Sudanese President Salva Kiir on Thursday has called on the Sudanese government to reach a negotiated settlement to the border dispute with Ethiopia.

President Kiir received Chems al-Din Kabbashi, a member of the Sovereign Council, and Omer Gamar Eldin the acting foreign minister who briefed him about the recent border clashes with Ethiopia and the peace implementation process.

“President Salva Kiir Mayardit urged Sudan Sovereign Council to resolve their issues with Ethiopia peacefully through diplomacy and dialogue,” reads a statement issued by the South Sudanese presidential media service after the meeting.

Kiir said “He doesn’t want any more war in the region and urged the two countries to resolve their issues in a peaceful manner,” further said the statement.

Last November, Sudan deployed its troops along the border with Ethiopia and expelled farmers and Amhara militiamen residing within its international border.

According to Sudantribune, Eritrean and Egyptian officials were recently in Khartoum to discuss the matter with the Sudanese government officials.