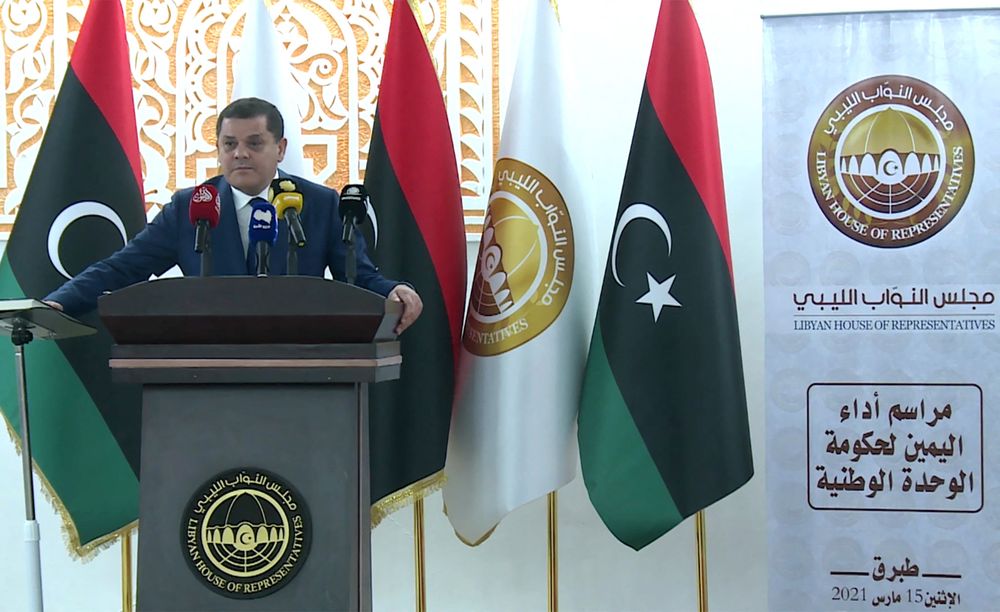 Addis Ababa, March 16, 2021 (Walta) – Libya’s first unity government in years was sworn in on yesterday in the eastern city of Tobruk, charged with unifying the country after years of violence and division and overseeing the run-up to national elections.

The government, which emerged through a United Nations dialogue process and was ratified last week in a frontline city, is seen as providing Libya’s best hope in years for an end to a decade of chaos since a NATO-backed uprising toppled Muammar Gaddafi.

“I swear by God almighty to perform my duties with honesty and sincerity,” said Prime Minister Abdulhamid Dbeibeh, taking the oath of office in front of members of parliament.

His new government will replace the Government of National Unity (GNA), which was recognised by the United Nations and controlled Tripoli and northwest Libya, and a rival administration based in the east.

The audience also included diplomats from Western countries, as well as Turkey, which had backed the GNA, and Egypt, which had supported its opponent in the war, Khalifa Haftar’s eastern-based Libyan National Army.

Russia and the United Arab Emirates, which also backed the LNA, did not send diplomats to the swearing in but have publicly welcomed the appointment of the new government.

However, despite the formal backing of both main sides in the war for the new unity government and for elections, big obstacles remain.

Foreign mercenaries and forces remain in place and on both sides of the country, local armed groups hold sway over specific areas and state institutions.

Later on Monday, Dbeibeh is expected in Sirte, the frontline city where parliament met last week to approve his cabinet. It is also the base for a joint military committee composed of commanders from the forces of each side to monitor the truce they have observed since the autumn.