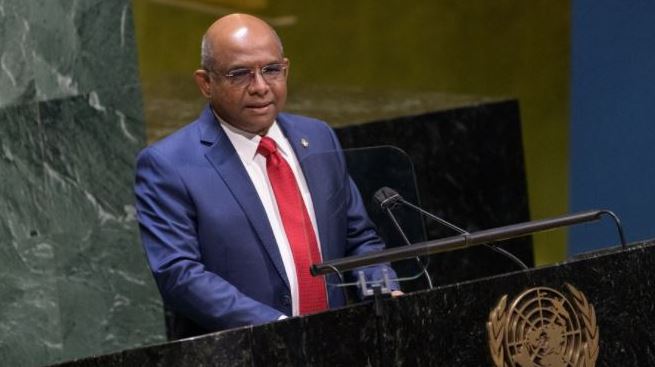 Addis Ababa, June 8, 2021(Walta) – The foreign minister of the Maldives, Abdulla Shahid, was on Monday elected the president of the upcoming 76th session of the UN General Assembly.

He was elected by secret ballot in which he defeated his challenger, former Afghan Foreign Minister Zalmai Rassoul. Shahid won the support of 143 of the 191 UN member states present and voting. Rassoul won 48 votes. A candidate needs at least 96 votes to get elected.

Shahid promised “a presidency of hope” in his campaign. In his speech to a General Assembly plenary session after his election on Monday, Shahid said his first priority as president of the General Assembly will be recovery from COVID-19.

According to CGTN, Shahid will take up his new post in September 2021. He will replace the current General Assembly President Volkan Bozkir of Turkey.