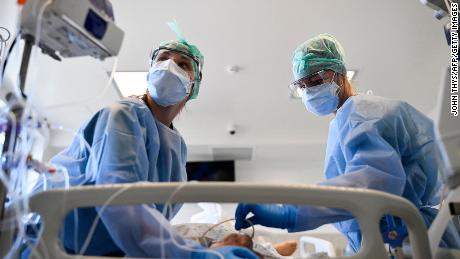 Addis Ababa, April 20, 2021 (Walta) – COVID-19 infections have been rising at an alarming rate for eight consecutive weeks, the World Health Organization (WHO) has warned, as the virus sweeps unabated through hotspots in several corners of the globe.

More than 5.2 million new cases were recorded last week — the most in a single week since the pandemic began — WHO Director-General Tedros Adhanom Ghebreyesus said during a news briefing in Geneva on Monday.

Deaths also increased for the fifth straight week, he said, with the pandemic now officially claiming more than 3 million lives.

And Tedros warned that the pace of the pandemic is accelerating, even as some countries tout their own improved vaccination programs.

And, as more at-risk or older adults are fully inoculated and some economies open up, the director-general suggested the brunt of the virus’s spread may be shifting towards younger adults. He told reporters that infections and hospitalizations among people age 25 to 59 are “increasing at an alarming rate,” possibly due to highly transmissible variants and increased social mixing among younger people.

Concerns about more young adults contracting Covid-19 have already been reported by doctors in some hotspots — including Brazil, where a new variant has caused a devastating surge in hospitalizations and deaths.