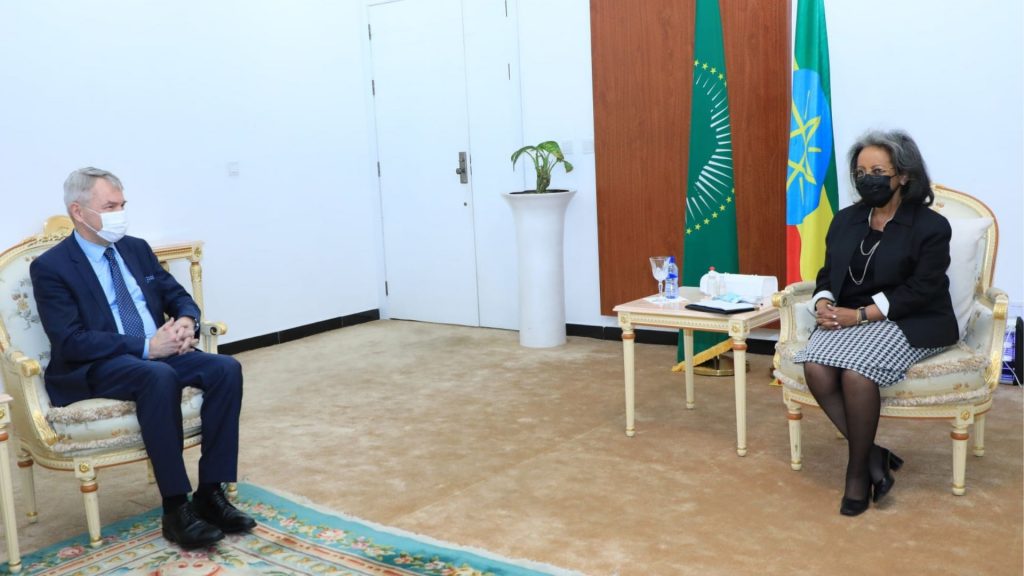 The Special Envoy stated that he has come to Ethiopia to hold discussions with various government officials on the status of the humanitarian relief and rebuilding efforts in Tigray as well as the GERD and to visit the region.

President Sahlework highlighted that the Ethiopian government has allowed foreign governments and media to assess the situation in Tigray.

She also indicated that the government was providing 70% of the humanitarian aid in Tigray and that that alleged human rights violations are currently under investigation.