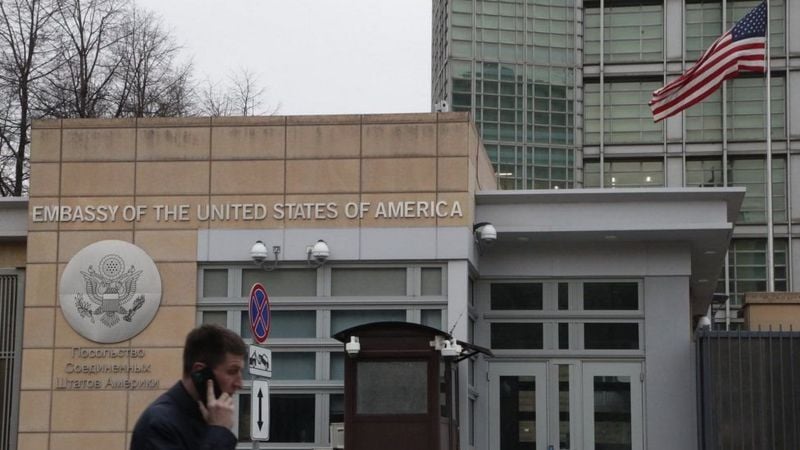 Addis Ababa, April 16, 2021 (Walta) – Russia is expelling 10 US diplomats and blacklisting eight top American officials in retaliation for sanctions imposed by the US on Thursday.

Those now banned from entering Russia include the director of the FBI and the US attorney general.

The White House says the US sanctions were in response to the “Solar Winds” hack last year, bullying Ukraine, and interference in the 2020 US election.

They come at a tense time for relations between Washington and Moscow.

Russia has been moving thousands of troops towards Ukraine, while US warships have been heading for the Black Sea, warned off by the Russian foreign ministry.

Last month the US targeted seven Russian officials and more than a dozen government entities over the poisoning of Kremlin critic Alexei Navalny. Russia says it was not involved.

However, this week US President Joe Biden offered his Russian counterpart Vladimir Putin a summit – an offer that Moscow has said it views positively and is currently considering, according to BBC.