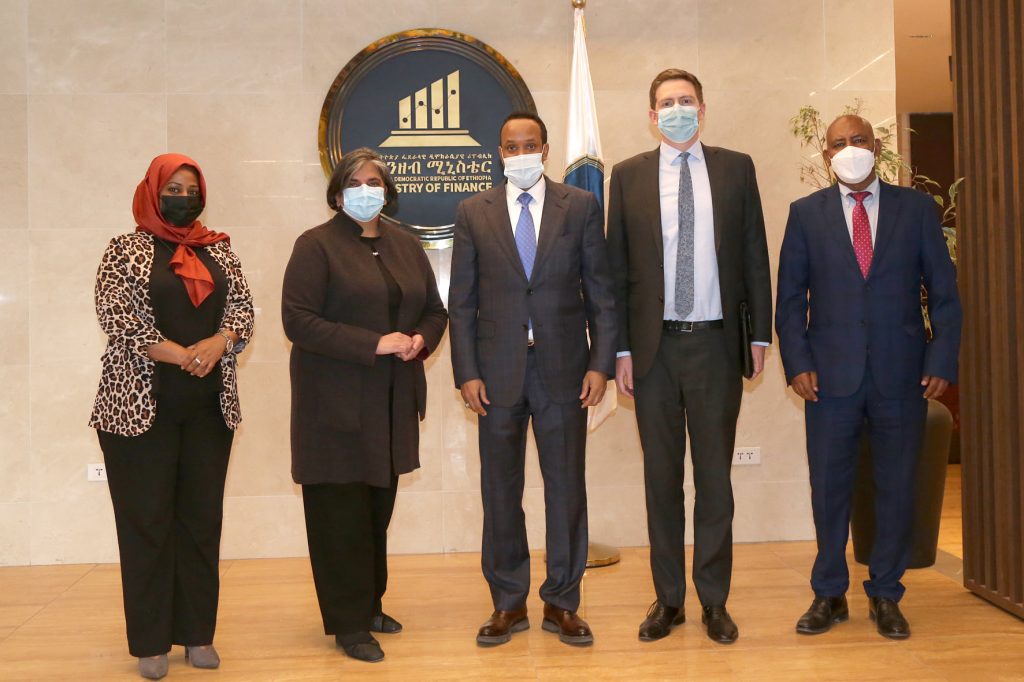 Addis Ababa, April 23, 2021 (Walta) – Minister of Finance of Ethiopia, Ahmed Shide has briefed the US Ambassador to Ethiopia, Geeta Pasi about the current peace and security situation in Ethiopia and the Horn region.

In their discussion regarding the GERD, the Ambassador elaborated about the US’s stand to see to disputes over the dam find an amicable solution.

They also have discussed economic cooperation between Ethiopia and the United States.

The discussion focused on the multifaceted economic cooperation between the two countries, which has been very important in supporting economic growth in Ethiopia. This is, in particular, seen in the strong collaboration in areas such as resilience building in rural parts of the country, improving the quality of health and education sectors as well as building improved governance in Ethiopia.

Ahmed Shide also reiterated that the Government of Ethiopia has given unimpeded access for humanitarian support in the Tigray region and explained about the rehabilitation and rebuilding measures in the region. In this regard, he expressed his appreciation to the US for being the largest humanitarian aid donor in Ethiopia and used the opportunity to underscore the need to further scale up economic cooperation.