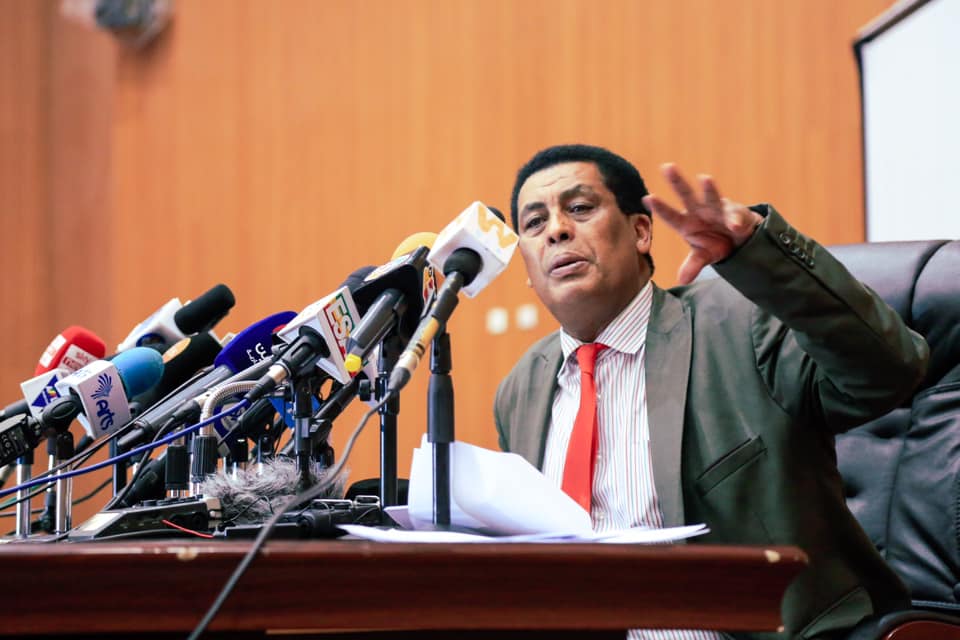 The Spokesperson of the Ministry of Foreign Affairs of Ethiopia, Ambassador Dina Mufti, has presented the Ministry’s biweekly press briefing today focusing on major diplomatic activities, the latest developments in Tigray, the Ethio-Sudan border issue, including major activities related to Economic Diplomacy, citizen-centered diplomacy and activities in capacity building. Here is a summary of the press briefing:

Demeke Mekonnen, Deputy Prime Minister and Minister for Foreign Affairs of Ethiopia met UK Secretary of State for Foreign, Commonwealth, and Development Affairs, Dominic Raab on January 22 at his office and had discussions on a wide range of issues. Demeke’s briefing focused on the ongoing humanitarian assistance and reconstruction efforts in Tigray and Ethiopia’s commitment to continue to address the effects of climate change. The Secretary of State expressed the commitment of the UK government to continue to support Ethiopia’s development efforts, including girls’ education. [During his stay in Ethiopia, Mr. Dominic Raab, signed agreements, visited a school in Addis Ababa, and Gondar (to observe UK’s support related to humanitarian assistance), meet with President Sahle-Work and Prime Minister Abiy Ahmed).

Demeke Mekonnen had a telephone conversation on Wednesday with US Assistant Secretary of State for African Affairs, Tibor Nagy. Their conversation covered, A briefing by. Demeke on the successful rule of law operation in Tigray, the ongoing humanitarian efforts, including the rehabilitation of the infrastructure destroyed by the TPLF junta in the region, the government’s efforts to stabilize Tigray, the situation and treatment of Eritrean refugees, the atrocities committed in Maikadra and other areas, and the efforts to apprehend criminals. Tibor Nagy, on his part, lauded Ethiopia’s efforts to overcome the situation in the Northern part of the country. He underscored that the United States government applauds Ethiopia’s success as its own achievement.

Demeke Mekonnen, Deputy Prime Minister and Minister for Foreign Affairs of Ethiopia received at his office today (January 25), the departing ambassador of the state of Israel to Ethiopia, Raphael Morav. The two sides noted the strong cooperation between the two countries in health, agriculture, capacity building, and technology transfer. Their discussion also included the efforts made by the Ethiopian government to address the needs for humanitarian assistance in Tigray. They also noted that the recent border dispute with Sudan and the ongoing negotiations over the GERD should get peaceful resolutions.

TayeAtske Selassie, Ambassador and Permanent Representative of Ethiopia to the United Nations met on January 23 with UN SRSG on Sexual Violence in Conflict, Pramila Patten, and briefed her on the situation in Tigray. He underscored Ethiopia’s ZERO tolerance policy on sexual violence and emphasized the need for further engagement on the alleged violations made by her office.

The Ethiopian Foreign Service Training Institute, via State Minister H.E. Ambassador Birtukan Ayano and H.E. Ambassador Arega Hailu Tefera, presented its 6-month performance to the House of People’s Representatives (HPR) Standing Committee for Peace and Foreign Relations. The institute provided 12 diplomatic training to over 800 staff of the Ministry covering a range of topics.