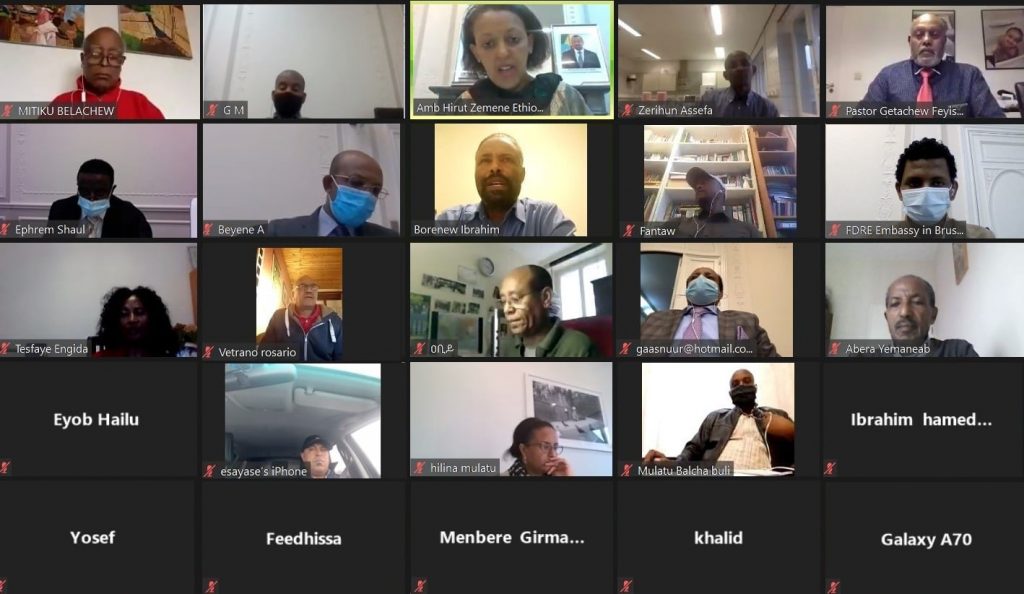 Ethiopians living in Belgium and Luxembourg donated over 800,000 birr to support affected people during the recently carried out law enforcement operation in Ethiopia.

In a webinar discussion facilitated by the Ethiopian embassy in Brussels, Ethiopian Ambassador to the kingdom of Belgium and the EU institutions, Hirut Zemene briefed the participants on the current situations in the country.

She underlined that Ethiopians living abroad and those of Ethiopian descent need to support the government’s efforts in rehabilitating displaced people and those affected during the law enforcement operation in the Tigray region.

Participants and representatives of Ethiopian community organizations in Belgium and Luxembourg, on their part, said that it is not only an Ethiopian duty but also an honor to be able to support those affected by the law enforcement operation in Ethiopia.

They expressed hope that the fundraising campaign would further be strengthened.

Finally, Ambassador Hirut commended the efforts of Ethiopians and people of Ethiopian descent in Belgium and Luxembourg for mobilizing financial and medical support giving priority to the wellbeing of their fellow Ethiopians at home, and understanding the urgency of the matter.