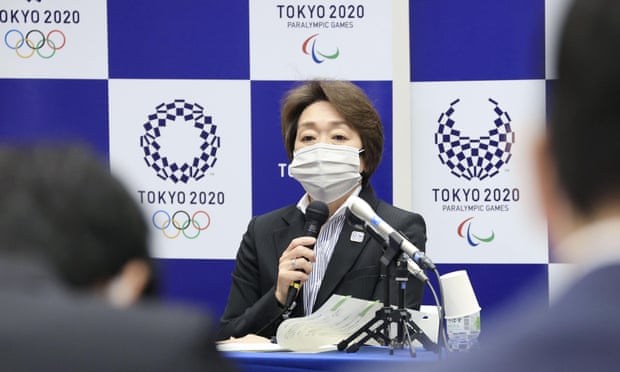 Addis Ababa, June 03, 2021 (Walta) – The president of the Tokyo 2020 Olympics organizing committee, Seiko Hashimoto, has said the Games will go ahead as planned, soon after Japan’s most senior medical adviser said holding the event under current coronavirus conditions was “not normal”.

“We cannot postpone again,” Hashimoto said in an interview published on Thursday in the Nikkan Sports newspaper.

Shigeru Omi, head of a panel of experts that has been advising the Japanese government on its Covid-19 response since the start of the pandemic, issued his strongest warning yet of the potential risks of holding the Games.

“It’s not normal to have the Olympics in a situation like this,” Omi told a parliamentary committee on Wednesday, adding that organizers should explain to a skeptical public why it was pushing ahead with preparations.

Most Japanese people do not want Tokyo 2020 to be held this summer, according to recent opinion polls. Medical journals have questioned the wisdom of allowing 90,000 athletes, media, sponsors, officials, and support staff to enter the country in July, while medical unions say the Games will place additional pressure on health services.

The public broadcaster NHK reported that about 10,000 of the 80,000 volunteers who signed up to help during the Games have quit, but organizers said the lower numbers would not be “particularly problematic” since the decision had already been taken to ban spectators from overseas.

“There’s no mistake that concerns over the coronavirus could have been a factor,” as well as scheduling conflicts due to last year’s postponement, the Nikkei business paper quoted Tokyo 2020 chief executive Toshiro Muto as saying.

Omi, a former World Health Organization regional director, did not call for cancellation or postponement. But he told MPs: “If we are going to hold the Games under these circumstances … then I think it’s the Olympic organizers’ responsibility to downsize the scale of the event and strengthen coronavirus control measures as much as possible.

“It is only when there is a clear reason to host the Games that the public will get on board … it’s very important for those involved in the Olympics to clarify their vision and the reason for hosting the Games.”

Tokyo 2020 officials have already cut the number of non-athlete participants by more than half to just under 80,000, adding that further reductions could be made depending on the state of infections in Japan. They are expected to decide on whether to allow Japanese sports fans to attend Olympic events later this month.

Tokyo and several other regions are under a state of emergency that is due to end on 20 June. While the rate of infections is falling in the capital, there is concern about the risks posed by new variants and Japan’s slow vaccine rollout.

The vaccination program has gathered pace in recent days, but only 2.7% of Japan’s 126 million population has been fully vaccinated.

In an attempt to speed up the process with just 50 days to go before the opening ceremony, the government has said large companies and universities will be able to start inoculating staff and students from 21 June.

Japan has avoided the large-scale infections suffered by many other countries, but serious cases have risen during the latest outbreak. It has reported more than 750,000 cases since the start of the pandemic, and about 13,200 deaths, a relatively high number among Asian countries.

Public disquiet continues, despite predictions by Olympic officials that sentiment would soften as the opening ceremony approaches.

The government of Ota city has been inundated with complaints by residents over a decision to give preferential vaccinations to city and hotel staff dealing with visiting Australian athletes, media reported. The city, about 80km (50 miles) northwest of Tokyo, is the site of a training camp for Australia’s softball squad, which this week became the first national team to arrive in Japan.

In addition, Kurume, a city on the southern island of Kyushu, pulled out of hosting Kenya’s pre-Olympics training camp, describing the coronavirus situation in the city as “critical”. The Kenyan Olympic Committee said it had received a letter from Kurume officials saying that sports facilities originally intended for its athletes would instead be used as vaccination sites.

So far, more than 100 municipalities in Japan have ditched plans to host teams from abroad.