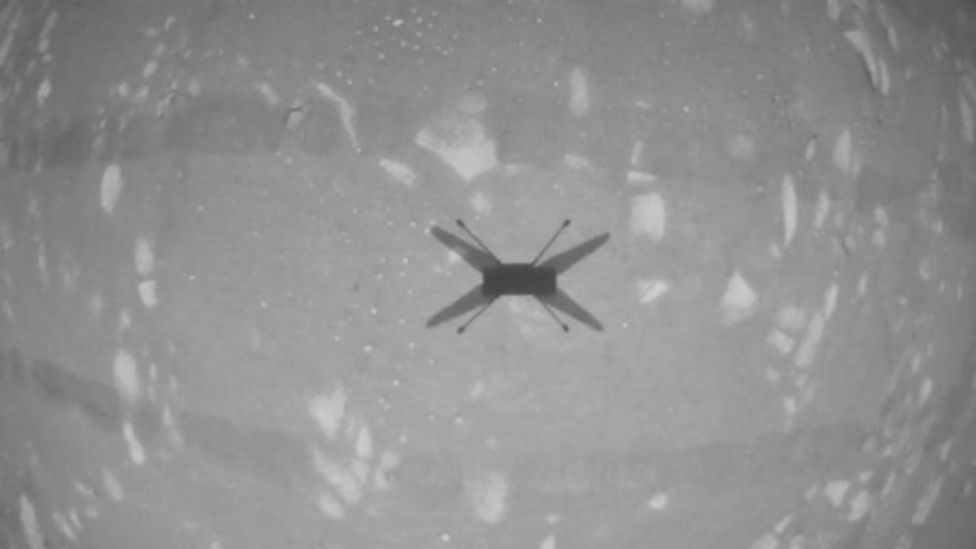 Addis Ababa, April 26, 2021 (Walta) – The US space agency’s Ingenuity Mars helicopter has now made its third successful flight on the Red Planet.

On Sunday, the little chopper rose to a height of 5m before speeding off laterally for 50m – half the length of a football field.

Ingenuity then came back to its take-off spot, for a total flight time of 80 seconds.

Sunday’s sortie was the most ambitious yet, but engineers say they plan to push the technology harder still.

They want to find the chopper’s limits, even if that means crashing it in the process.

The previous two flights were conducted on Monday and Thursday. Monday’s historic outing marked the first time powered, controlled flight by an aircraft had been conducted on another world.

Ingenuity was carried to Mars by Nasa’s Perseverance rover, which touched down in Jezero Crater in mid-February.

The 1.8kg drone is regarded as a technology demonstration intended to prove the utility of aerial mobility in the planet’s rarefied atmosphere.

In the future, helicopters could be used to scout the way ahead for rovers and astronauts, and to investigate otherwise impossible to reach locations, such as cliff faces.

Nasa officials have granted the Ingenuity engineering team two more flights before Perseverance is commanded to get on with its primary mission of searching for life in Jezero.

For the past week of testing, the one-tonne robot has been acting as the chopper’s radio base station and the photographer of record. Perseverance has been taking still images and making short movies, all from a distance of 65m from the drone’s “airfield”.

Ingenuity, too, has been taking photos, whilst airborne. These are black and white pictures that look straight down to track passing rocks to help with navigation. The drone also has a color camera that looks horizontally.

Much of the imagery acquired so far has had to wait its turn to come back to Earth. The relay satellites at Mars are restricted in their bandwidth, and it is the engineering data that details flight performance that has been prioritized for immediate return.

A few sample photos have come back but we may have to wait a few days for all the pictures, including the full-length movies shot by the spectating Perseverance, to make their way home.

The major difficulty in flying on the Red Planet is the very thin atmosphere, which has just 1% of the density here on Earth.

This gives the rotor blades on Ingenuity very little to bite into to produce lift. There’s help from the lower gravity at Mars, but still – it takes a lot of work to get up off the ground.

The Nasa chopper was therefore made extremely light and given the power to turn those blades super-fast – at over 2,500 revolutions per minute, according to BBC.

Control also has to be autonomous. The distance to Mars is currently 295 million km, which means radio signals take 16-and-a-half minutes to traverse the intervening space. Flying by joystick is simply out of the question.