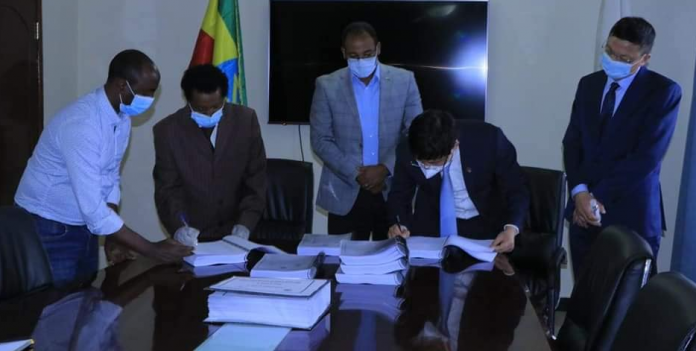 According to the Ministry of Transport, the agreement will connect the National Railway to the Awash National Petroleum Depot, which is capable of holding up to 130,000 cubic meters of fuel.

The agreement also includes the construction of facilities vital for loading and unloading services in the project area.

The construction of the whole project is expected to consume close to 55 million USD which is going to be covered by the government of Ethiopia.

The agreement will have a significant contribution in connecting the Ethio-Djibouti railway with the Awash – Kombolcha – Haragebaya railway project, it was noted.

According to the agreements, the Chinese company will complete the construction of the project within one year.

It will also contribute to reduce transport expenses, road traffic jams, and environmental pollution as well as prevent oil theft, according to the ministry.

About 110 tankers have been readied along the Addis Ababa-Djibouti railway line to store fuel when the project goes operational.

Ethiopia imports 95 percent of its petroleum through Djibouti port, according to ENA.