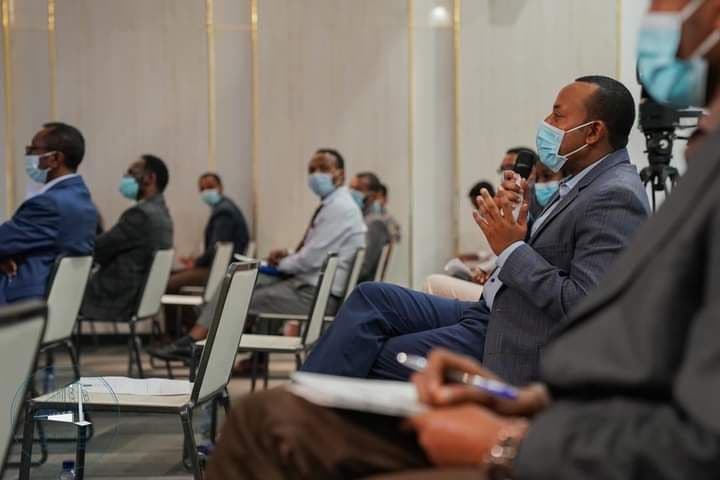 He presented the remark at a discussion held under the theme of “Peace and Security during Election” held at the Office of the Prime Minister.

The premier pointed out that foreign forces that do not want to see the existence of Ethiopia and renegades will attempt to create problems using the election as an opportunity.

Therefore, the community should expose forces that exert efforts to disrupt the peaceful conduct of the election by hiding amidst the people.

Every citizen should also take responsibility for the election to be completed peacefully and democratically.

If Prosperity Party (PP) loses the election, it is ready to hand over power peacefully to the winning party, Abiy pledged.

Today’s edition of Addis Weg chose the theme “Peace and Security during Elections” for being timely. ‘Addis Weg’ covered a variety of themes in three sessions, the Office of the Prime Minister said.

The first session focused on the characteristics and criteria of peaceful elections and the second session will focus on the role of indigenous and modern institutions in promoting peace during an electoral period.

The final of the three-part Addis Weg discussion is holding on preventing the negative effects of disinformation towards enabling peaceful elections.