Addis Ababa, June 09, 2021 (Walta) – Egypt is looking to benefit from China’s expertise in managing water resources amid concerns about its share of the Nile water amid the Grand Ethiopian Renaissance Dam (GERD) crisis.

The Egyptian Parliament called on state institutions to cooperate with China on projects aimed to develop and conserve water resources such as desalination plants and recycling wastewater for use in agriculture.

Egypt is working to create a plan to manage water consumption and resources for presentation after the second-stage filling of the dam if Ethiopia executes its plan. China’s assistance in the water management plan is hoped to reassure the Egyptian street that Cairo will come out the other side of the crisis

Ahmed al-Awadi, the undersecretary of Egypt’s parliamentary Defense and National Security Committee, said in a May 18 press statement, “China has experience in projects for managing water resources and will share its experience with Egypt in light of the GERD crisis.”

China is keen to maintain its relations with the three countries involved in the GERD dispute. The deputy chief of mission at the Chinese Embassy in Ethiopia, Qi Tian, told the Ethiopian News Agency on May 17 that his country is a friend of Ethiopia and of Egypt and Sudan as well. “Therefore we recognize the importance of the GERD and have noticed its importance for the development of Ethiopia,” Tian said. 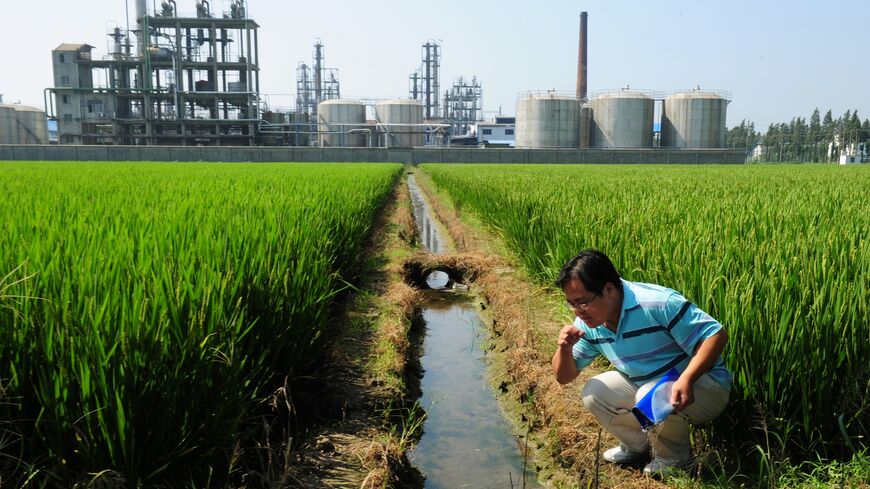 In October 2019, the Egyptian Foreign Ministry organized a meeting with the Chinese ambassador to convey Egypt’s dissatisfaction with the continuation of work by the Chinese companies in the GERD despite the lack of studies on its economic, social, and environmental effects.

Egypt and Sudan’s efforts were unsuccessful. Though China refrained from pressuring Ethiopia, it did agree to cooperate with Egypt on desalination projects, the conservation of water resources, and water-efficient agriculture.

Jianchun also held talks with Mahmoud Abu-Zeid, the president of the Arab Water Council, on China sharing its experience using saline water in agriculture and improving irrigation systems. The two men discussed a system using brine, a byproduct of desalination, in fish farming and the irrigation of salt-tolerant plants. Jianchun affirmed that his country understands Egypt’s concerns for its water security and supports its efforts to conserve its water resources.

During her visit to China in 2019, Egyptian Deputy Minister of Agriculture Mona Mehrez announced a plan for cooperation between Egypt and China on irrigation and water management through remote sensing, as well as rice cultivation with saltwater.

Also in 2019, a delegation from the Chinese Academy of Sciences discussed with the Egyptian Desert Research Center a possible Egyptian-Chinese desertification center to address the water crisis.

Professor of political science at Beni Suef University and specialist in Chinese affairs Nadia Helmy told Al-Monitor that Egypt needs training in several fields where China has great experience, including agriculture and irrigation, water technologies, and construction and maintenance of dams and lakes. “China granted scholarships for Egyptian students in the fields of water resource management,” she noted.

Helmy concluded, “China can play a unique role in the GERD crisis due to its close relations with Sudan, Egypt, and Ethiopia.”