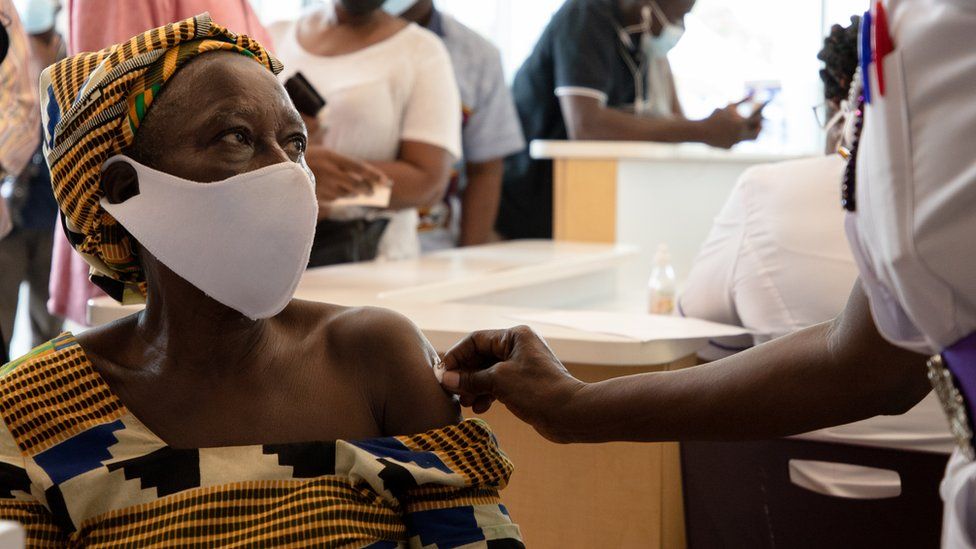 The Serum Institute of India (SII), the largest single supplier to the Covax scheme, has made none of its planned shipments since exports were suspended in March.

It is urging leaders of G7 nations and EU states to share their doses.

They are due to meet in the UK next month.

Unicef says data it has commissioned suggests that together this group of countries could donate around 153 million doses, while still meeting their commitments to vaccinate their own populations.

The SII was due to supply around half of the two billion vaccines for Covax this year but there were no shipments for March, April or May. The shortfall is expected to rise to 190 million doses by the end of June.

“Unfortunately, we’re in a situation where we just don’t know when the next set of doses will materialize,” said Gian Gandhi, Unicef’s Covax co-ordinator for supply.

“Our hope is, things will get back on track, but the situation in India is uncertain… and a huge concern.”

Unicef is calling on the G7 countries – Canada, France, Germany, Italy, Japan, the UK, and the US, as well as the EU, to donate their surplus supplies urgently, according to BBC.

Some countries have ordered enough to vaccinate their population many times over, including the UK, US, and Canada.

In February British Prime Minister Boris Johnson promised to donate most of the UK’s surplus supply to poorer countries but he has so far given no specific timescale. It is a similar story for the US. So far France is the only G7 country to donate doses in view of the crisis in India.